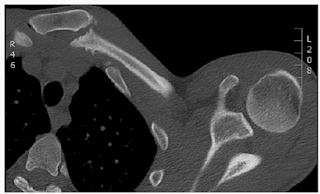 Purpose: We are presenting this pattern of a rare variant of a clavicle malunion with an apex posterior-inferior deformity. This occurred in an elite major junior hockey player during his draft season. This illustrates that such a deformity will most likely result in shoulder weakness, altered shoulder mechanics and may cause brachial plexus neurological findings. In addition, this can cause associated sterno-clavicular deformity which can lead to sternoclavicular joint subluxation secondary to the increased strain placed on the sternoclavicular joint from an apex posterior inferior malunited clavicle. Deformity of > 20 degrees in any direction interferes with normal motion and normal cortical strength even in a young patient. 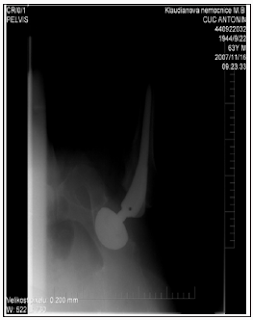 On A Criminal Trace of Crippling and Often Even Lethal False Diagnosis: Lege Artis Cz by Antonín Cuc in Orthopedics and Sports Medicine Open Access Journal (OSMOAJ) in Lupine Publishers

In 2010, the Czech Republic participated in the World Health Organization WHO Research to determine the quality of medical decision making in determining diagnosis and to determine an adequate individual choice of patient treatment. The conclusions were really frightening: the relative frequency of fatal medical decision-making errors is 10%, with a statistical accuracy of the tolerance estimate of +/- 2%, with a statistical reliability of conclusions of about 95%. Approximately rewarding results are found in all OECD countries - in all types of outpatient or inpatient health services. In real terms, this means that approximately every 10th accidental visit of the patient to the doctor will end up with an additional health problem. For example, a late-diagnosis of B-type jaundice, a medical prescription of an inappropriate medication that contravenes the health of a particular patient, or contraindicates the contraindication effects of other concurrent medications, or a radiologist misinterprets an X-ray image-with overlooked by emerging stomach cancer, overlooked severely fatal osteoporosis-disturbed bone, a preventive standard examination of the colonoscopy will occur with careless medical manipulation of the colon perforation probe in a hitherto healthy patient. In general, they are seriously threatened patients, sometimes even seriously endangered patient lives.

Two Trajectorieess a Promise of Reform and Ashaaram Pattern what are we Missing?: (OSMOAJ) - Lupine Publishers 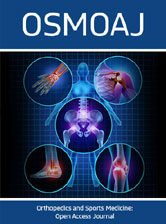 Two Trajectorieess a Promise of Reform and Ashaaram Pattern what are we Missing? by Rahul Hajare in Orthopedics and Sports Medicine Open Access Journal (OSMOAJ) in Lupine Publishers

The working of social and economic institutions, inequality is also a product of the way political institutions work. Government has known to serve the interest of economics elites and this most often works to the detriment of common people. This refers to the article ‘’Two trajectorieess’’ A Promise of reform and Ashaaram Pattern, what others do. A molar leadership deficit, our political leaders choose not to speak on certain issues. But they are forgetting that they have a molar responsibility towards domestic violence testing among divorced women begins privately manage pharmaceutical intuition associated to slums occupied area in Pune University, India. The horrific incidence in kathua and unnao has shown.com the ugliest side of the country’s politician. The right procedure is not followed for the enquiry of the domestic violence and his contention by government police. The term intimate partner violence is often used synonymously with domestic abuse or domestic violence, but it specifically refers to violence occurring within a couple relationships (i.e., marriage, non-cohabitating intimate partners). To these, the World Health Organization (WHO) adds controlling behaviours as a form of abuse. Intimate partner violence has been observed in opposite and same-sex relationships, and in the former instance by both men against women and women against men.

http://www.lupinepublishers.com/orthopedics-sportsmedicine-journal/fulltext/two-trajectorieess-a-promise-of-reform-and-ashaaram-pattern-what-are-we-missing.ID.000108.php
at December 03, 2018 No comments: